When it comes to hair loss videos on YouTube, many of them are not really worth watching. But, we recently came across a video from a guy, Christopher Walker, who shares his intriguing theory on the REAL reasons why you are losing hair and how to reverse it. 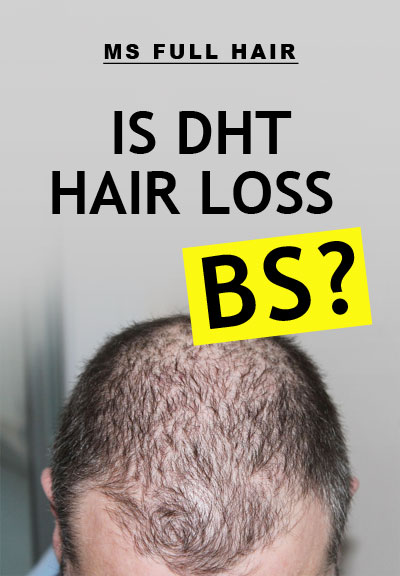 Here, we will break down the video into small chunks and share the most important part at the end – his baldness cure solution.

If you want to skip the details and get to the ultimate summary, click here.

If you want to see his action items on regrowing hair, click here.

Walker starts the video by sharing the most common belief on what causes hair loss – DHT.

But is it really true?

He points out that this Androgenic hair loss hypothesis (aka DHT hair loss) is actually based on ONLY 2 “obscure” research studies.

The two studies he mentions in the video are the following:

Here is a summary of each study along with his points:

Study 1 The role of male hormones in baldness

This study (1) was conducted by Dr James B Hamilton in 1942 observing 104 castrated inmates (men without functioning testicles – the observation was composed of 20 prepubertal and 84 post pubertal men).

First, he noticed all of them had FULL heads of hair. Next, not only those castrated inmates had low sebaceous secretions (natural hair oil coming out of sebaceous gland located in the skin/scalp), but also none of them showed signs of dandruff.

Walker points out that only “4” out of 104 reacted to testosterone injections by showing baldness, yet Dr Hamilton somehow grouped ALL men who are sexually mature (= producing androgens in their testes) into the idea that they will become bald.

He also adds another flaw of this study – Artificial testosterone.

He points out that the artificial testosterone injection is different from natural testosterone production due to various negative side effects including liver toxicity, hardening tendons, heart and circulation problems, prostate cancer as well as hair loss.

This study(2) is based on people known as pseudo-hermaphrodites who have genetic deficiencies.

They have normal levels of testosterone, but lack 5a reductase enzyme (which converts testosterone to DHT). The study shows that these people had small prostates and do not show any male pattern baldness patterns.

This is where he said it gets interesting.

This was the point where big pharmaceutical companies decided to jump onto the case.

During this time, there had been a rapidly rising population of men with enlarged prostate issues in western society.

As this particular study showed that ALL subjects had small prostates yet full heads of hair, Merck, a pharmaceutical giant, took this as a great opportunity to make a 5a reductase inhibiting drug to target both prostate enlargement AND hair loss prevention (without analyzing further details, he adds).

And that’s when Finasteride was born (also known as Propecia).

So why does he believe Finasteride (Propecia) is not actually an effective baldness cure? 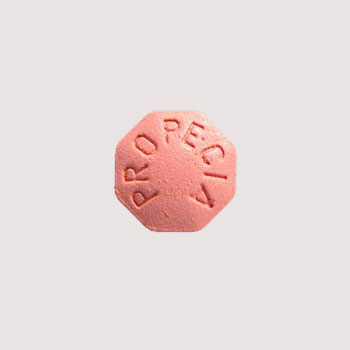 He talks about the following:

First, he points out dangerous side effects of taking Finasteride outweighs the benefits.

Some of the negative symptoms resulting from taking the drug include shrinking genitals, mental fogginess, depression as well as sexual dysfunction which can cause permanent damage (there was even a class lawsuit).

Next, he shares an article by Dr Jonathan Darrow (3) from Harvard University which reads that “after 5 years of faithful use of Propecia (aka Finasteride), those threatened with hair loss can expect somewhat more than a 10% improvement over what they would have experienced without any treatment.

His bottom line? The original Androgen-related hair loss hypothesis is not as promising as you think it is.

Walker says the best clues to finding out what actually causes hair loss is to look at studies on babies and women.

Babies lose their hair shortly after birth (same as pattern hair loss) as well as women in menopause, postpartum, or when taking birth control pills.

When it comes to men, he says that baldness is a key symptom that occurs when you have heart disease, atherosclerosis, insulin resistance, type 2 diabetes, prostate cancer as well as obesity related inflammation (he shares a number of studies to back up his claim).

He mentions that all of these situations, whether it’s men, women, and babies, show the same patterns of hair loss.

So what are these patterns? He says the following:

Basically, in order to reverse hair loss and regrow lost hair, he says your body needs a hormonal balance by correcting such patterns.

Now, here comes the most important question: How? 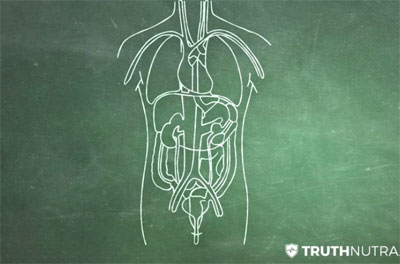 Walker mentions that you can control such hormone imbalance (cortisol, estrogen, thyroid, and protective hormone) through

Here are his specific action plans for a baldness cure:

Action plan – How to reverse hair loss for GOOD

He suggests four areas to focus on for preventing excessive hair fall out and regrowing hair.

Here is the summary of this video:

DHT hair loss theory is only based on 2 “obscure” studies that were conducted on subjects who were far from everyday normal people (castrates and pseudo-hermaphrodites).

The REAL reason you are losing hair actually has to do with hormonal imbalance, specifically elevated cortisol, estrogen, and a thyroid dysfunction.

How to reverse hair loss? By controlling hormonal levels (cortisol, estrogen, thyroid, etc) through proper diet, stress management, and supplements if needed. He says this will provide the optimal balance to the ratio of stress to protective hormones for hair regrowth.

As you may have guessed by now, this solution requires more of a lifestyle change rather than a single target way (aka magic pill) to regrow hair.

Another thing we noticed is that a lot of information he included in his video is actually from Danny Roddy, who is the author of Hair like a Fox. So if you want to know more about this particular hair regrowth method, read Danny Roddy’s book here for more detailed instruction (the book is available for free).

Either way, is everything he says the truth? Well… you will never know, but he raises some interesting and valid points.

If you want to try his baldness cure method, yet are overwhelmed with a long to-do list, start by checking your thyroid level first.

Have you experienced any noticeable hair growth with any of the solutions he mentioned above? Please share your experience!