There are many rumors going around about Nicole Kidman suffering from hair loss. She appears to be one of the female celebrities with thinning hair which may have caused by wearing her ponytail too tight. She has often been photographed with her hair scraped back into extremely tight pony tails. When this style is worn repeatedly it can be damaging to those that have hair that is naturally fine and thin such as Nicole’s.

The tight pony tail look earned the nickname of “Croydon Facelift” a few years ago as it was a fashionable hairstyle for girls living in the area. Nicole Kidman is not the only actress that has been seen wearing this look. Some of the other culprits include well-known actresses such as Madonna, Victoria Beckham, Sienna Miller, Kate Moss, and Kate Winslet. Michelle Obama is even guilty of wearing the Croydon Facelift. 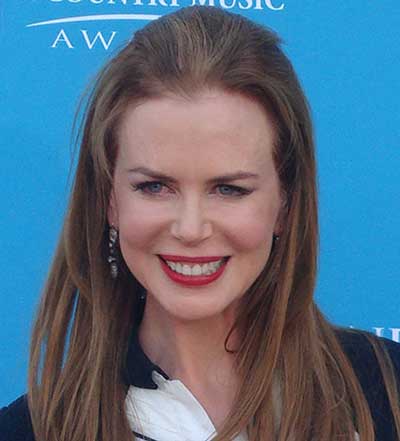 The problem with this look is that it can lead to traction alopecia. Traction alopecia occurs when the hair shaft is pulled on excessively. It can damage the hair follicles causing to have a slower growth rate and eventually stop growing altogether, resulting in unwanted hair loss.